The tender white meat of young chicken was already popular in ancient times. Allegedly the Persians made it appetizing to the Greeks. The first to cultivate chickens in Europe as suppliers of eggs and meat were once again the Romans. In the Middle Ages one ate gladly full-grown chickens and capons. The final triumph of chicken was not until the 16th century. Today it is the most consumed poultry, hardly a kitchen in which it does not play a major role. Unfortunately the chicken is a mass product, which often delivers an extremely low quality after only five weeks of intensive fattening under miserable conditions. The rules of economy through mass production stipulate that the production units must be as large as possible. In Germany laying batteries are forbidden since 2010, nevertheless the keeping of the animals is still highly problematic. You can immediately recognise such a chicken by its soft, watery meat and flexible bones.
But there are enough farm shops or market traders who supply the consumer with meat from at least species-appropriate husbandry. The purchase from such suppliers is worthwhile, the quality always proves itself on the plate, mass animal husbandry should not be supported.

The domestic chicken has an amazingly exotic background, its direct ancestors – a wild chicken species – come from tropical and subtropical regions of Southeast Asia and India. Chickens, similar to those we know today, were probably domesticated in Southeast Asia around 7500 BC. We will probably never know why chickens were domesticated, but it can be assumed that laying eggs was more appreciated than their meat. There is also no doubt that bird eggs have been fried since humans learned to make fire!

Everywhere in the world recipes with the tasty poultry are popular. In Brazil you know the Xinxim (with Dendê oil), in France the Coq au Vin or the Poulet à la Crème among other things, in Germany the roast chicken is most popular. There are grilled chicken, Basque style chicken (with paprika and Bayonne ham), chicken in a salt crust and lemon chicken. Chickens of excellent quality are stuffed under the skin with truffles. There is chicken fricassee and chicken broth, there are chicken skewers and kebabs made from chicken meat, there are Creole style chicken (for example with pineapple and rum) or a sautéed Erzherzogart chicken, of course there are also fried chicken, Bresse chicken or the very popular Indian chicken curry. In addition, there is the range of cold cuisine, including ballotines, pies, chauds froids, mousses, etc..

The number of recipes with chicken is unmanageable, some are extremely delicate and refined, others rustic and rural.

I have reworked this Coq au Vin a little bit. In the original mushrooms are used, for this recipe also Chanterelle mushrooms are used. The latter I got very fresh from the market, they shine with a fruity accent, which gives the dish a very special aroma.

Beautiful late plums directly from the orchard meadow, caramelised with a little cognac and cane sugar, an elegant fragrance unfolds and adds wonderful peaks of sweetness and acidity. It is served separately with Coq au Vin, a successful food pairing.
Glaze the fresh carrots with a little sugar, salt and butter or olive oil.

The sautéed poultry is flambéed and then gently cooked.

Season a cock cut into pieces with salt and pepper. Peel 12 small white onions. Blanch 125 G lean streaks of bacon.
Heat 1 tablespoon olive oil and 60 G butter in a casserole dish, let the bacon and onions take on colour and take them out again. Place the poultry pieces in the pan and fry on all sides, turning frequently.

Add the bacon and onions again and mix well. Heat 1 tablespoon cognac or brandy, pour over the poultry and flambé. Add 750 ML red wine, add 1 bouquet garni and 2 crushed garlic cloves and bring to the boil slowly (or simmer in the stove at 150°C). Slice 200 G cleaned mushrooms and sauté in 30 G butter. Sauté the chanterelles as well and mix into the poultry. Shortly before serving, thicken the coq au vin with some cornflour or thicken with flour butter.

The Coq should be served very hot with steamed potatoes or simply with baguette. 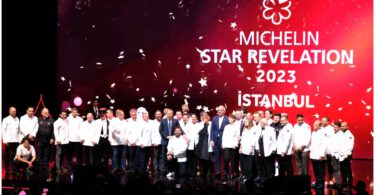 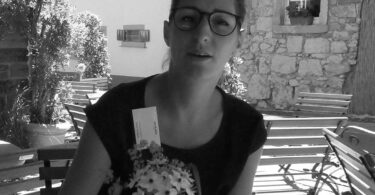 Hardly anyone knows Alsatian wine as well as Anne Trimbach. Despite her youth, she is the grande...