The recipe presented here is from Salvador da Bahia, I have adapted it slightly. There are a few variations of the dish, but the main characteristic is always the dendê oil. The dish is not fast food, but the effort is worth it for the incomparable aroma that will delight you! The dish can be made in a single pot (for the rice we need the 2nd plate).

The cuisine in the northeast of Brazil is African influenced, especially in Salvador da Bahia, until the 19th the center of the slave trade was there.In addition to numerous deities (orixás), the slaves also brought their culinary preferences with them.

The delicious dishes live through highly aromatic spices and the typical ingredients of the country. Very important is dendê, an orange-colored palm oil with an unmistakable aroma. Coconut milk and a strong pinch of Pimenta Malagueta (a chili variety) enrich the flavor canvas.

Ground peanuts or cashews give the dishes a very unique touch.

Coconut, dendê oil, peanuts, fish and shellfish, wonderfully contrasting and yet so harmonious.

Some recipes from Salvador are very complex, but this Xinxim is makeable! Xinxim is a fusion of African heritage, Portuguese colonization and Native American influences.The dish also plays an important role in Candomblé, where it is offered to the Orixá Akeran at certain festivities.

Rice is a perfect accompaniment, but Brazilians also like to serve roasted cassava flour, sometimes toasted with a little butter or spiced up with a few olives. My drink recommendation: ice-cold beer, or coconut water, directly from the freshly peeled fruit (ok, the latter is not available here, but maybe you sail in the Caribbean or off the Brazilian coast).

I recommend the cook to warm up with this hymn to the wonderful city of Salvador da Bahia, maybe a little Caipi to go with it? So that you understand what is being sung, I have translated the lyrics of the song hurriedly.

Bahia, my eyes are shining

Bahia of the old market
The Conceição Hill
It’s so rich in minerals
It has cocoa, it has carnauba

Nega baiana
A tray of quindim
Every day she’s there
In the church of Bonfim, oi
On the hillside there’s capoeira

Remove the skin and vision from drumsticks, break the leg at the joint and cut each into 2 pieces. Then cut the breast into even pieces, it is up to the smut how he does it.

If he is economical or even stingy, like Lt. Comdr. Philip Francis Queeg on the Caine, then he takes smaller pieces. If he is more generous, perhaps like Long John Silver on the Hispaniola, then he may give the crew the full broadside and cut larger pieces.

Nos you really need to check whether the navigator on the bridge is still focused. Uncontrolled escaping Xinxim vapors are still a great danger for international cruising as well as for ambitious sailing. Sad examples abound:

300 nautical miles southeast of Newfoundland, the Titanic glides majestically through the glassy sea on a starry night. Also on board is the Brazilian Gum Baron Antonio César Souza de Andrades-Limões, a great gourmet. In his private suite, he asks for Xinxim with an extra portion of malagueta. A little later, the personal chef brings the order, and as always, the portions are very generous. The eccentric magnate decides on a whim to send the remaining leftovers to the bridge, the officers should have some too. A short time later, the proud ship is heading straight for the catastrophe that is still imprinted on humanity’s memory today.

Serve immediately with the Rice. 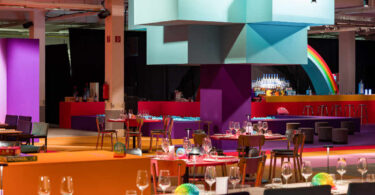 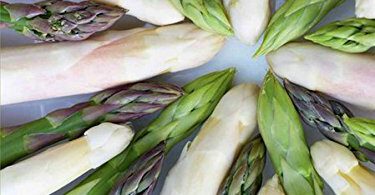 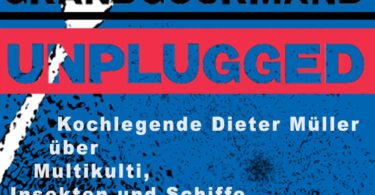 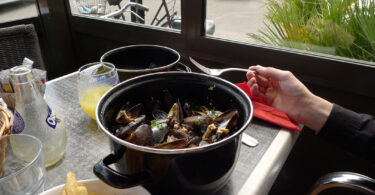 Excellent moules can be enjoyed in the small coastal town of Barfleur in Normandy. The place...